It’s time for a ranking of all the jerseys of everyone’s favourite team! These are listed from best to worst, because I always put my best foot forward and keep my bad, ugly foot to the rear! 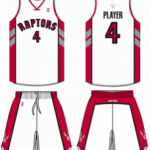 One thing anyone knows about me, is I bleed red and white. My doctor may be worried, but I’m sure not. It only means one thing: I. AM. CANADIAN!!!!!!!!!!!!!!!!! And these Raptors Jerseys say that, more than anything else, and it is the most important thing there is to say.

They have Chevrons all over the place, too, which is incredible. They point up, making me think of the great white north, the true north strong and free, and the portion of the 401 around Whitby with chevrons painted on the highway.

As for the font – they’re all amazing. Pick any one of them throughout the years. You’ve got the current, fairly basic block letters which suit me just fine. I like my fonts like I like my oatmeal: plain. The older red-and-whites have a font that I find a bit much (pointy / corners), so they lose some points there for me. But they gain those points right back every time I see one of these jerseys while O Canada plays. The only thing I don’t like about NBA basketball is that you can’t fly a fighter jet through the arena before the game. These get me that little bit closer to the weeping love of military that I crave. When I see these jerseys, I not only think “troops”—I scream “troops” through the entire game. Everyone within earshot can’t help but get into the army spirit.

They also have the added benefit of the other team not being able to see you. Check the stats, the Raptors have never lost a game while wearing the Camo jerseys (I personally haven’t checked the stats on that, but am positive I’m correct). How can you stop an opponent that you can’t see? Trick question: it’s impossible. A lot of my friends complained about these, but I bought one for every player the year they came out. The Bargnani one was especially poignant (#7 is a lucky number in a lot of traditions, and there is an expression called “The Luck of the Irish”). This rich shade of green ticks all of my boxes, aside from “Red and White for Canada, Please!” But not everything can have everything.

Ask anyone on March 17th what Toronto is known for. I guarantee they’ll shout what I shout: “the Irish. I’m Irish!!” And the only way I know how to celebrate that, is to wear an identical jersey to that of a division rival who also pay homage to their city’s Irish heritage.

More fiddle music at halftime, please and thank you. 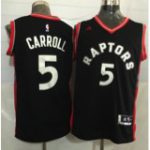 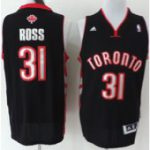 At least these have some red and white in them, but black jerseys are a clear indication of a villainous team. I cannot stomach the idea of any Toronto sports team being a “bad guy”. I have never, and never will, root for a bad guy wearing black clothes. Be it the Hawks from The Mighty Ducks, the Iceland team from D2: The Mighty Ducks, or Magica De Spell from Duck Tales.

If these jerseys aren’t conjuring up images of villainy, they’re frightening children by reminding them of the dark with no nightlight. Not the jersey you’d want around the Santa Clause Parade!

There is some merit in the black, red, and white: it makes me think of Canadian businessmen. Commerce is something I can always get behind, no matter how you slice it. These jerseys make me think of pulling up one’s bootstraps, and for that, they’re saved from banishment to the lower half of this list. 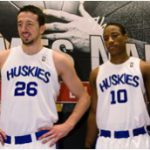 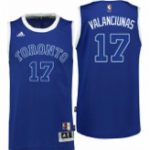 Listen – this blue and white nonsense has got to stop. Are the Raptors “Toronto’s” team, or are they “CANADA’s” team? Same goes for the Leafs, Argos, and Jays. These are all CANADIAN teams, so let’s get rid of the blue and white, huh? Makes me think of Quebec (more France than Canada), or France (which is even more France than Quebec if you can believe it). 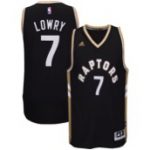 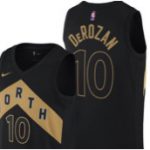 I don’t know too much about Drake (music, who is, what look like, etc.) – so I was incredibly shocked to see “OVO” in association with Raptors jerseys. I struggled to make sense of it. “Ovo…Egg? Dinosaurs do hatch from eggs…”

It was only clarified for me when my nephew, as part of a (rude) contradiction of several of my opinions at Christmas dinner, told me it stood for “October’s Very One” or something. Which makes even less sense to me. And making yet even lesser sense, we have the colour scheme: Black and Gold?!?! Well, I never thought I’d say this, but give me Blue and White! At least the newer ones say “North” on them. I would have thought the world was caving in, otherwise.

Maybe this is a generational thing, but I’ll stick with my parents’ (greatest) generation as my barometer, thanks very much. While these were an improvement on the original jerseys (more on those below), they were still far too gloomy to make me cheer for anything. The only way these jerseys make sense is if Eeyores were the mascot, not Raptors.

The jersey has some meteoric highs (Kevin O’Neill’s tenure) and some lows, but it’s all buried under a blanket of blah. I don’t need to be immersed in a sea of purple and black throughout January and February! It’s dark enough! If I believed in seasonal affective disorder, I’d say it has an impact on that! A dinosaur with sharp claws has stolen a basketball, taunting us all. It dares anyone stupid enough to try to take it back, knowing it could tear us all to shreds with its (sharp!) teeth and claws.

Sharp teeth and claws, plus an “angry” face on the dinosaur itself, place this at the bottom of the pit for me. Basketball is meant to be a happy game, and I know for a fact that these jerseys were the inspiration for countless nightmares.

Don’t even get me started on how everything is jagged – the pin stripes, the lettering, the spikes above the name on the back of the jersey – it all just screams “ouch!” and makes me short of breath. Nothing about these jerseys feels safe. Throw it in the dustbin of history, and take all the sharp-cornered logos in existence with it.

PS – also the dinosaur is red—a colour I like!—but no dinosaurs were ever red.

????Nifty Nick: Welcome to the Nurse clinic! Game of the year from the coach. Played the starters heavy minutes because he needed too, prepped Kawhi for double teams, showed flashes of zone to slow up the Grizz in the 3rd and for the most part, made the right subs at the right time. Yes, Nurse has a stacked roster, but he’s done a fantastic job so far and games like this should have people talking about him as a COY candidate.

????FVV making that system work! FVV has been a career 3 point shooter and it was only a matter of time until the treys started dropping. Nurse’s system needs the ancillary guys to take and make 3’s at a high volume, and it’s starting to happen; which should terrify the rest of the league. So far this season; Danny is on fire, Delon/Norm have shot very well on a small sample size, Kyle/Fred are just above league average and Kawhi/JV/????️/OG are all shooting at a respectable level. That’s ????power!

????The raps biggest weaknesses may be superstar bigs + guards that can drop floaters. AD & Jrue put this team through the ringer. It was looking like forgotten stars Mark and Mike might do the same, but Ibaka hit some key jumpers while JV was on the floor for the takeover. Memphis gritty < Toronto committee

????This team is really gelling. Kyle went down hard near half court in the second quarter; and was Kyle angry about it, but then Kawhi hard fouled on the next play and I don’t think it was a coincidence. Kawhi was also pissed off, and Nurse seeing this, sprung into action and got a tech. This might all be meaningless, but I don’t think it is. Kyle/Kawhi/Nurse are all a bit angry and it’s kind of great when they channel it. In Kyle’s post game, he laughed about Nurse and him agreeing not to swear at the refs anymore in the second half, and also had the classic Kyle analysis when he’s in a great mood post game- “We were just out there playing basketball”. Yes they were, and yes we are.

GIVE OUR TRAILER A WATCH!

Retweet on TwitterConfederacy of Dunks Retweeted

Some days can be hard for my mom, but her positive attitude and support from her family can really make a difference...especially during these unprecedented times. To learn more about navigating lupus and important information about COVID visit http://www.lupuscanada.org https://twitter.com/LupusCanada/status/1314665891544657922

To all lupus warriors across Canada, Lupus Canada wants to remind you, that especially now, you are a warrior! Keep fighting, and stay safe and healthy! #autumn #motivation #life #lupus

who would you want to see do one of these in the future? 2

The first 2 episodes of @PeterNChrisShow podcast are now live! Head to http://www.thesonarnetwork.com/this-time-its-different/ and subscribe on all your platforms. Animation by @itsryananderson and music by @rodrigofstoll

We talk:
🦖FVV👀
🦖@Pacers Nate
🦖Atlantic division
🏀Which teams should be busy?
🏀The forgotten
🏀Quickish Questions

Ep 154/ getting closer to the bubble restart, Vinc

Episode 153/ @freddienoelrivas and @duncs along wi

We took last week off due to the ongoing police vi

Ep 151/ WHEELS ARE IN MOTION FOR A RETURN! @freddi

Check Out Our Other Stuff…

Theme by Anders Noren — Up ↑